Thank you all for your comments on my last post and cheering Jaycee on as she begins a new chapter in her life. You understand all about having a dog like Jaycee --  A great reminder of why I love the blogging community! 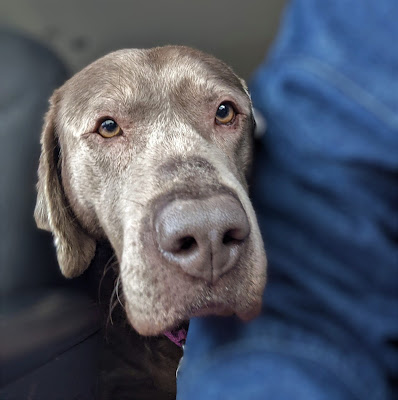 Its been a pretty good week for Jaycee. We are working on her housetraining, and getting her used to having a routine. It's slow progress, we take a few steps forward, only to go back one or two. But we're only about a week into this, and we're not in a hurry. I know it'll come together for her.

One step Jaycee took as she begins her new life was to be spayed on Friday. She did well, but was nauseous when she woke up from her surgery, so we decided to let her spend the night at the vet's office.

I picked her up this morning. But I was second guessing not picking up Jaycee last evening. A winter storm that produced snow from the Plains into a powerful "bomb cyclone" was blasting the East Coast with heavy snow and high winds at the same time I was trying to get to the vet's office before they closed for the day. There were total white-outs along the way, making the drive pretty dicey. 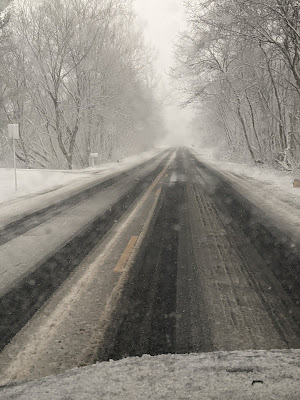 Thankfully I got there and back without too much trouble. I was so glad to be home. 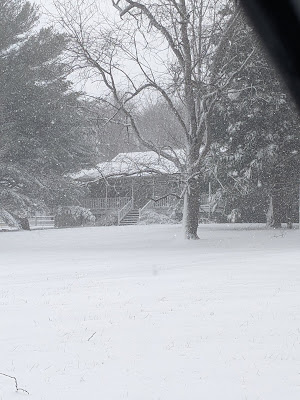 And I think Jaycee is too! Even if she's not happy about wearing the dreaded "cone of shame" that she shouldn't feel "shame" about wearing. It's all about her starting the next chapters of her life. ❤ 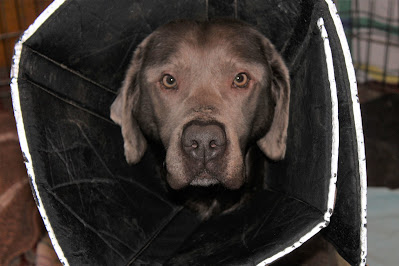