What a whirlwind it has been at our house! Updating my blog has been something I have thought about every day. Really. But when I would sit down to begin a post, the words just wouldn't come. Then someone told me this week to just push through it, and to just start writing. So, that's what I'm doing and so lets see where this post goes.

To start, I really want to thank everyone who have stopped by leaving comments and sending messages asking how I'm doing, and how our gang is doing too. I so appreciate your friendship, your concern and your letting me know that you were thinking of us - It really meant a lot; you all are truly the best! ❤

I returned to work exactly a month post-surgery.

After my first post-op appointment, my doctor had recommended that I take another week or two off work, but I didn't listen to her or friends that were telling me the same thing. I know now, I should have, because I was exhausted and yes, also grouchy and irritable. The good thing is, is that the doctor and all that I read were right, it did get easier and better. This past week or so, I finally feel like my energy is back to where it was, and I'm finally feeling like myself again. *And as a post note, I'll add that the biopsies have all come back "clear."

The report on the dogs has been a bit of a mix bag. A few of our crew are a tad-bit worse for wear, but as always, they're in pretty good spirits and great company.

Todd did have a small scuffle with Jack, that Jack started because he didn't like Todd barking at people he could see walking around the adjoining property. Todd hurt his neck, and there was an injury behind his ear that was made a little bit complicated by a prior ear infection that turned into an aural-hematoma. As a result of that, Todd has an ear that may never stand up straight again. I feel terrible and guilty about it. 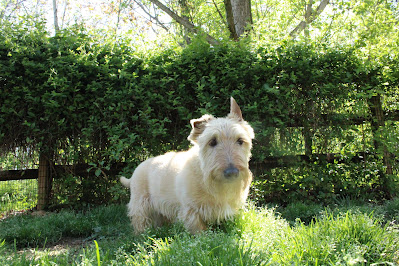 On a much lighter note, going back to April, we did celebrate Todd's 11th birthday - Can you believe that Todd is 11 years old? As always, I'm continuing to ask that ongoing question, " just where the heck does time go?" 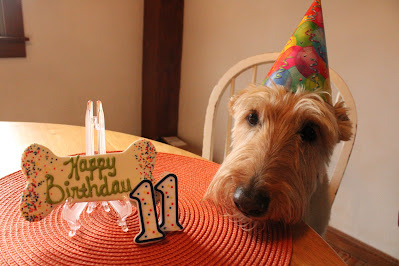 Wherever times disappears to, I'll keep this short for now and just say, that I'm so glad you stopped by, and I really am looking forward to catching up on all that I've missed! 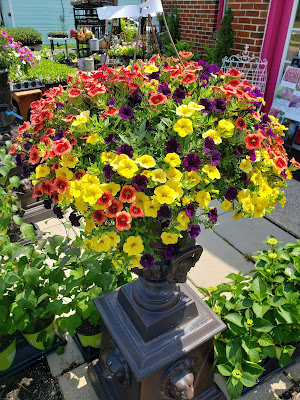