We've had our girl Ree for nearly a year now. It has been quite a year as we've gotten used to the energy and the antics of an active 5 year old dog in our midst. 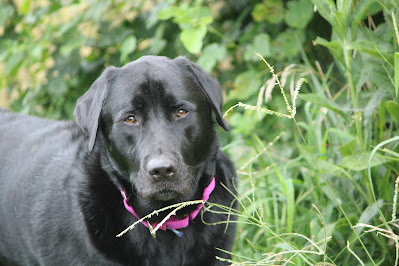 Along with mastering total pillow domination, and the art of morphing to the exact dimensions of a king-sized bed, Ree always finds something to get into when she's left unattended - I honestly think she keeps a list of things to get into when we're not around because she's eaten rolls of toilet paper, bars of soap, boxes of cards, magazines - You get the idea. 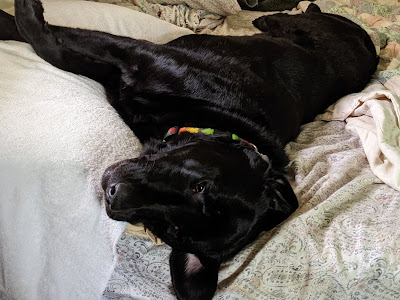 Yesterday, I left the house in a bit of a rush, and forgot to put Ree in her crate. When I got home about 2 hours later, I was surprised when she happily greeted me at the door. But everything was as I'd left it, nothing was torn up, and there were no accidents. It was so unlike Ree. I was so proud of her, relieved, and I gave her lots of praise and extra treats. But now, a day later, I'm still not convinced that I won't find something that she got into. ❤ 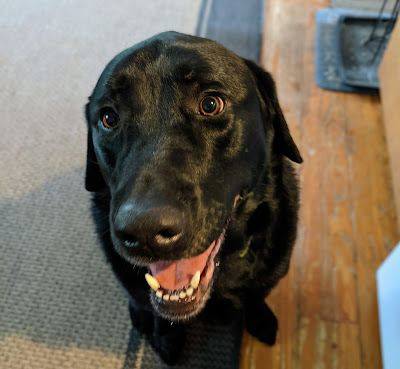