I have needed a break from everything. I think that the loss of George was the tipping point. I found myself enveloped in a sadness that is overwhelming. Even now, in these quiet moments, it's hard to not let it consume me. I just keep going. I have and had to. A few days after our good-bye to George, Carl left to visit family, leaving me alone with the dogs, who remind me every day that they are still here, and they still need me. Life somehow goes on. 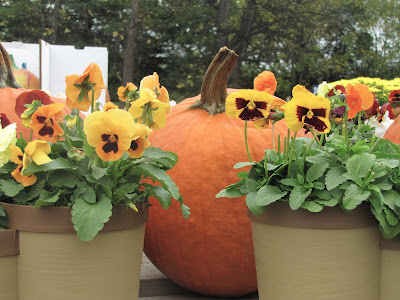 To keep me focused and dialed into reality, I've worked on a couple of my days off because my counterpart at work and another co-worker are not feeling well. They are both back to work, Carl has returned and I'm feeling optimistic that my life will return to its regular programming this week.

One thing that has kept me focused off myself is Todd. He's had problems breathing through his nose and has been having bouts of 'reverse sneezing.' It began at his last vet visit, when he was put into a crate in my van that had been stored in the barn. Carl had rinsed it off, but I did notice that there was still some 'barn debris' left on it. The sneezing started that day.

Concerned of course, I read that the sneezing typically resolves itself, so I didn't get too worried. Especially when it wasn't happening every day. But that sneeze turned into a cough and started to affect his breathing, and so we were back at the vet last week. 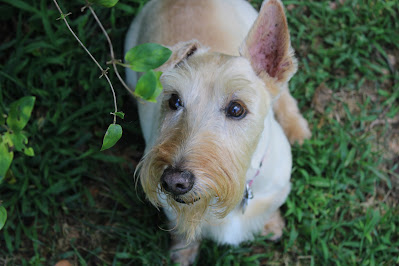 One of Todd's sinuses is blocked, so the vet prescribed antibiotics and he is breathing easier. But my vet and I agree that there is a slight infection that is probably caused by something lodged in his sinus. So, I've made an appointment for him with a veterinarian specializing in Internal Medicine to have his sinus 'scoped.' Given how and when it started, I'm hoping that if it is something that he inhaled into that big Scottie nose of his, that it will maybe dislodge before his appointment next month. Paws crossed. 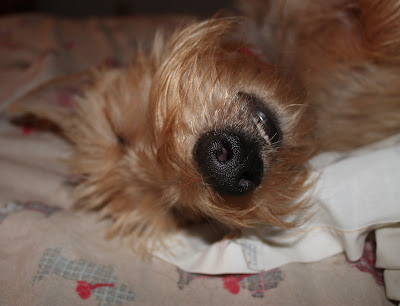