It's Thanksgiving day and I'm looking back at the hurdles we've had to get over just to get to this day. I'm not even sure where to start because its not been the best few weeks for us.

On the morning of the 14th, I dropped off a very nervous Todd for his rhinoscopy. The Internist called afterwards and said that his sinuses looked healthy and clear, and there was no evidence of anything lodged there,  no masses or polyps or inflammation. Biopsies were taken, and the wait began for those results. 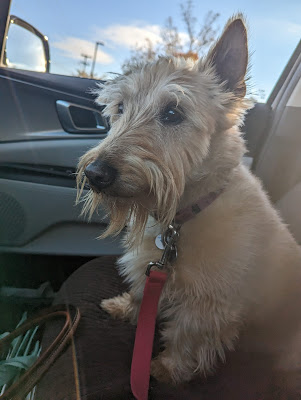 After work I picked up a very "stoned and spaced out" Todd who wanted nothing to do with me, which was okay and understandable. And so we went home for him to sleep off the anesthetic. I'll add here that the vet said that as he woke up from the anesthetic, he was very feisty and chewed through his IV. 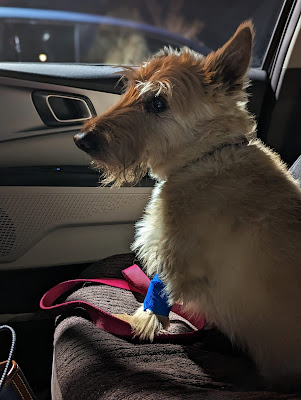 The biopsy reports were returned a week later, and I spoke to the Vet yesterday about them. It was mixed news as there was nothing obvious such as cancer, (thankfully!!) or an infection. The diagnosis is "Idiopathic Rhinitis" which simply means that there's no specific cause for his coughing, snorting, sneezing, etc. It could be triggered by something environmentally or an allergic response to something airborne inside the house.

The vet wants to put him on a very heavy dose of steroids', to see if that helps -- But I am reluctant to do that because of the dose, and the long-term side effects that will come with it. If I decide to do this treatment, Todd needs to do a "wash out" of the anti inflammatory medication he is currently on, (rimadyl) so I have about 5 days on my side to consider it.

It has been 'crushing' that there have been a 2-3 episodes of sneezing and coughing. But Todd seems happy and in good spirits and he is continuing to defend his turf from all the gangs of marauding deer and that's what's most important. 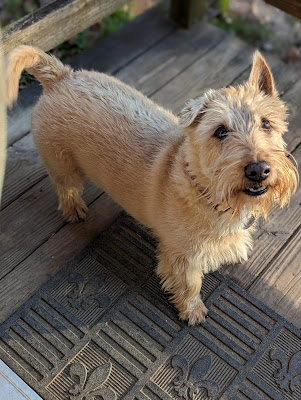 And finally for those of you celebrating Thanksgiving today - I'd like to take this day to tell you how much I appreciate your stopping by my blog, leaving your thoughts and how thankful I am for your cheering us on through our highs and lows. I hope that your Thanksgiving day is filled with the best new memories! ❤ 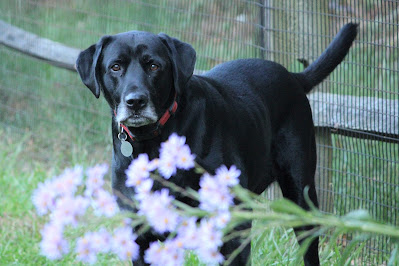 Photo above is Jack - It was two years ago yesterday that we met he and sweet Shelby. After what can only be described as a period of his mourning her loss, he is back to wanting to retrieve tennis balls again and be with us.
Posted by ~Kim at Golden Pines~ at 7:01 AM