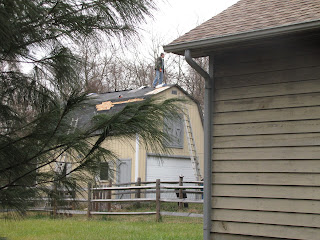 With Christmas on Tuesday, the week began quietly.  But its volume started to increase, and on Thursday it hit a crescendo.  Work on the new roof for our barn began last weekend.  Carl stayed home from work on Thursday to finish taking off the old roof before the roofer returned to put the new one on.  His doing this without anyone around caused me some concern, but Carl assured me he'd be 'just fine' and there was no need to worry.  However, worrying is one of the things I do best, so of course that's what I did.  Mid-morning the worries really came to the surface when I received a call from Carl telling me he'd slipped on some ice and had fallen off the roof of the barn--Three hours later Carl and I are leaving the hospital, he is on crutches with a cast on his left foot that is broken.  We are very, very grateful that this was the 'only' injury--We all know that when someone falls two stories, it can be much worse. However, unlike when you fall off a bicycle and you get back on, Carl will not be getting back onto the roof of our barn!

With that, the volume on the week quieted again.  Snow has been falling off and on all day. 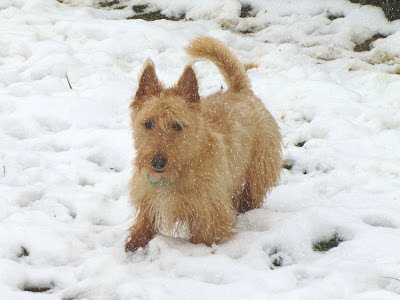 While Carl sat with his foot propped up, the dogs and I spent time outdoors.  Wendy even came outside with us. 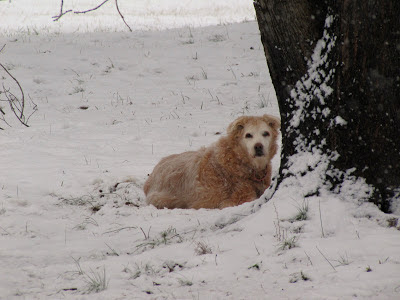 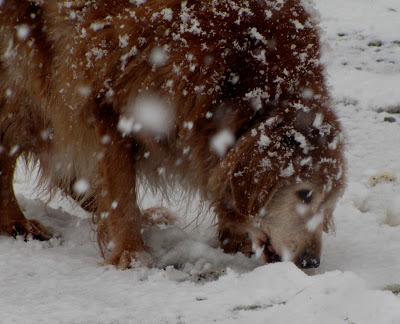 And no matter the weather, Josh is always ready to play frisbee ... 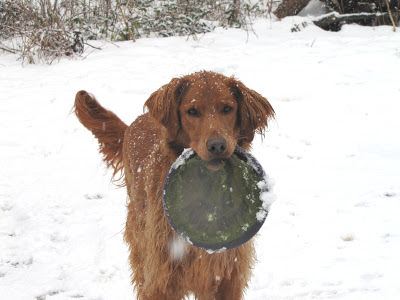 It really brought out the puppy in Annie, and she chased after Sheba. 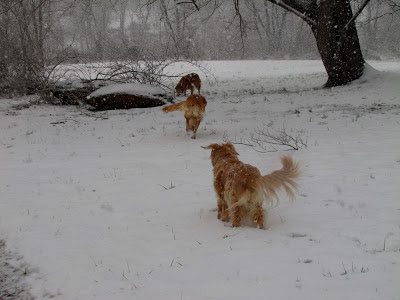 At 14 years old, Annie is such a lady and I couldn't help but enjoy watching her and all the dogs play in the snow! 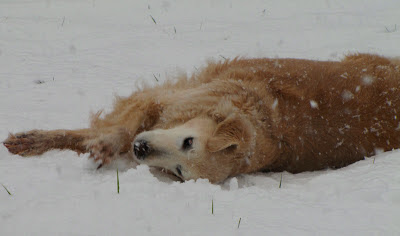 I hope you've enjoyed your Saturday too! 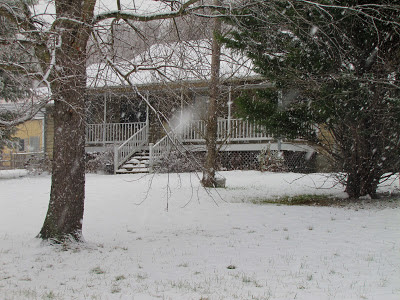