The four days I had off have gone much, much too quickly!  Tomorrow it's back to work with several things left undone that I'd hoped to get too. 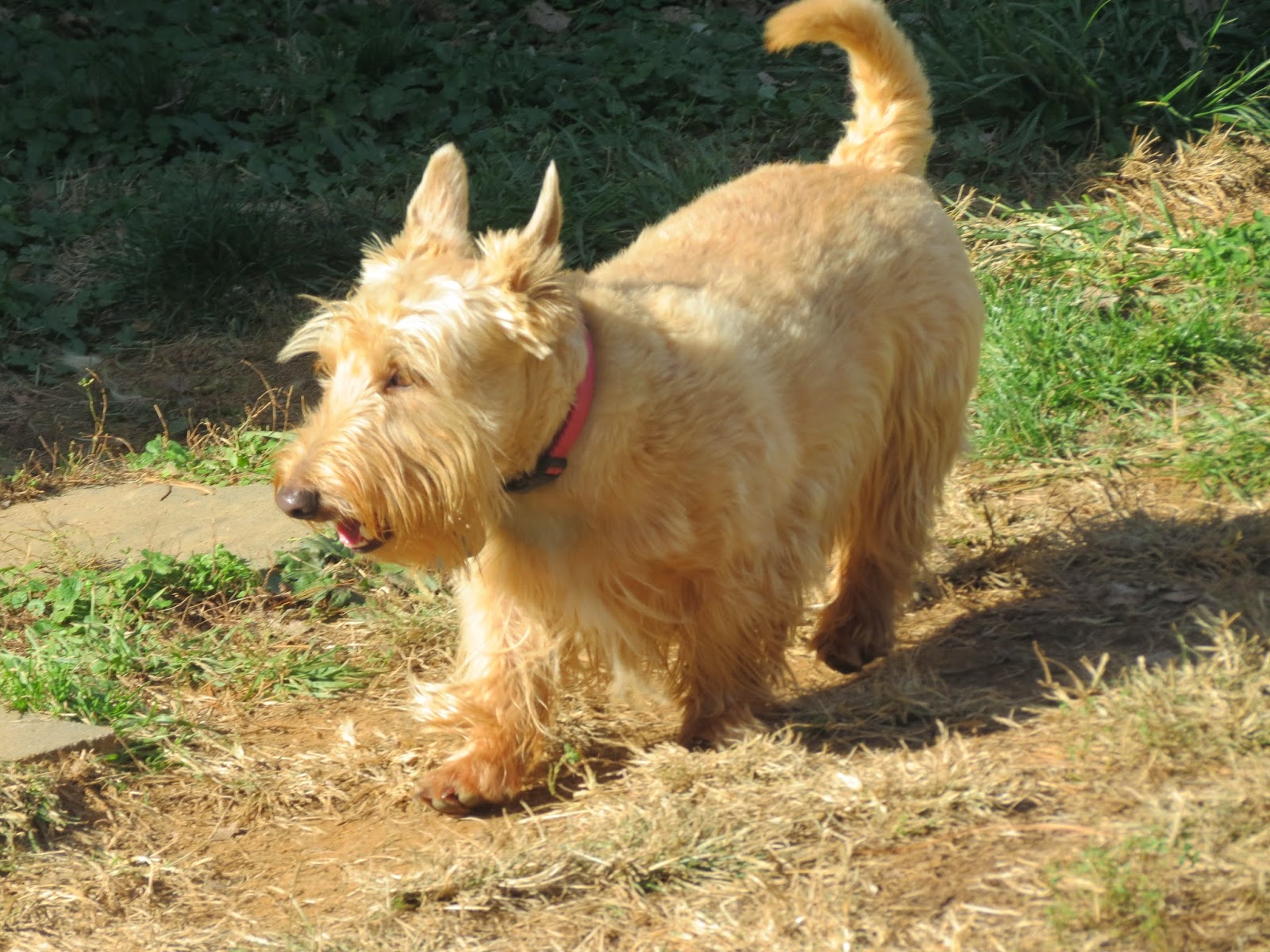 Late yesterday afternoon we welcomed Buddy to Golden Pines.  He comes to us from another foster home where he and the residing dog had gotten into a fight. Unfortunately, Buddy was badly injured and the two were unable to get along after that. Before coming into the rescue, Buddy was living around the city of Baltimore Maryland. 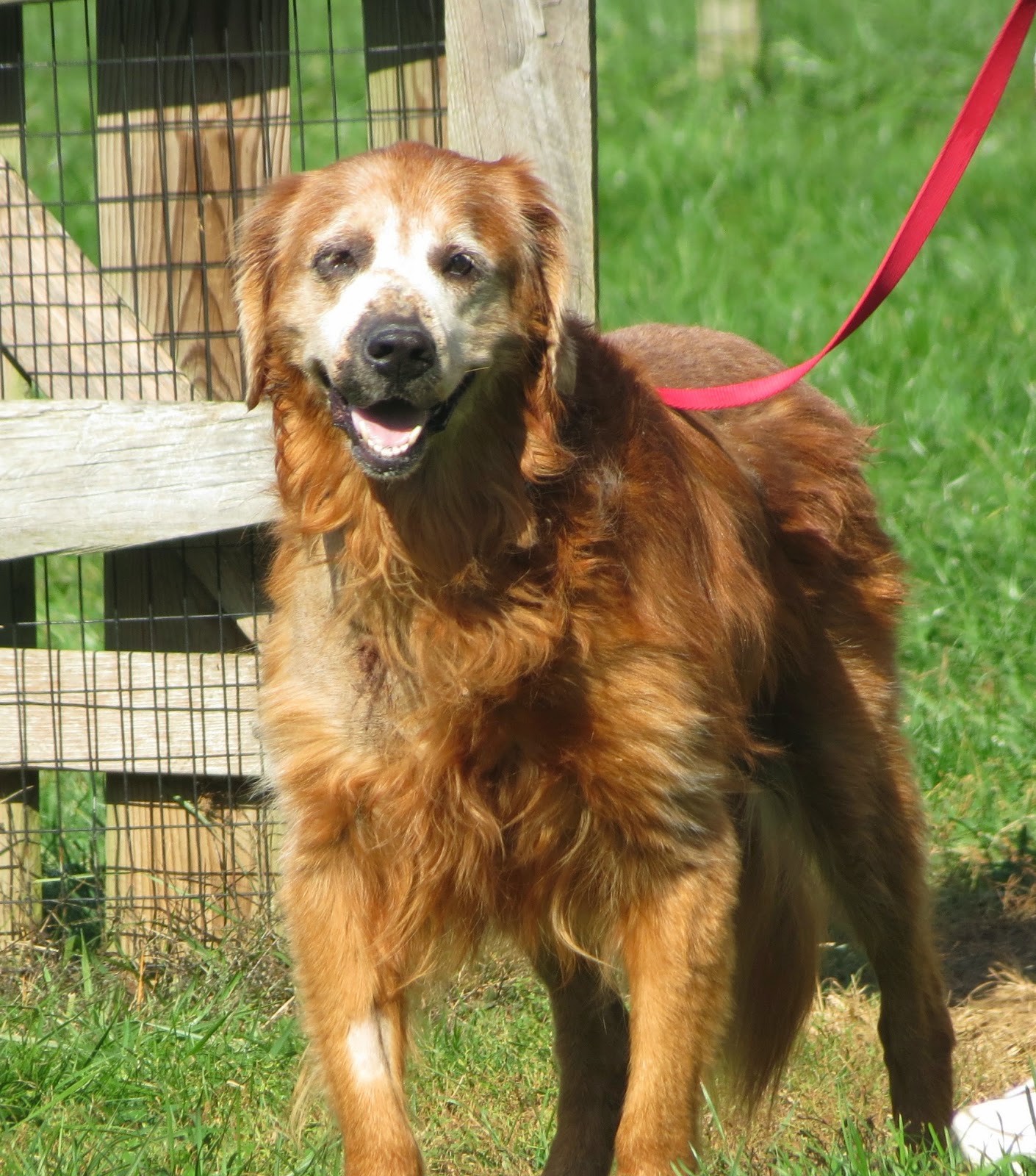 Unfortunately his owner has come up against some hard times and was unable to care for Buddy who has been plagued with severe skin allergies for quite some time. His coat is really thin, and missing in a lot of places, including on his face.  Buddy doesn't feel really well, has a very poor appetite, and it's thought that there are other underlying health issues that will have to be dealt with very soon. 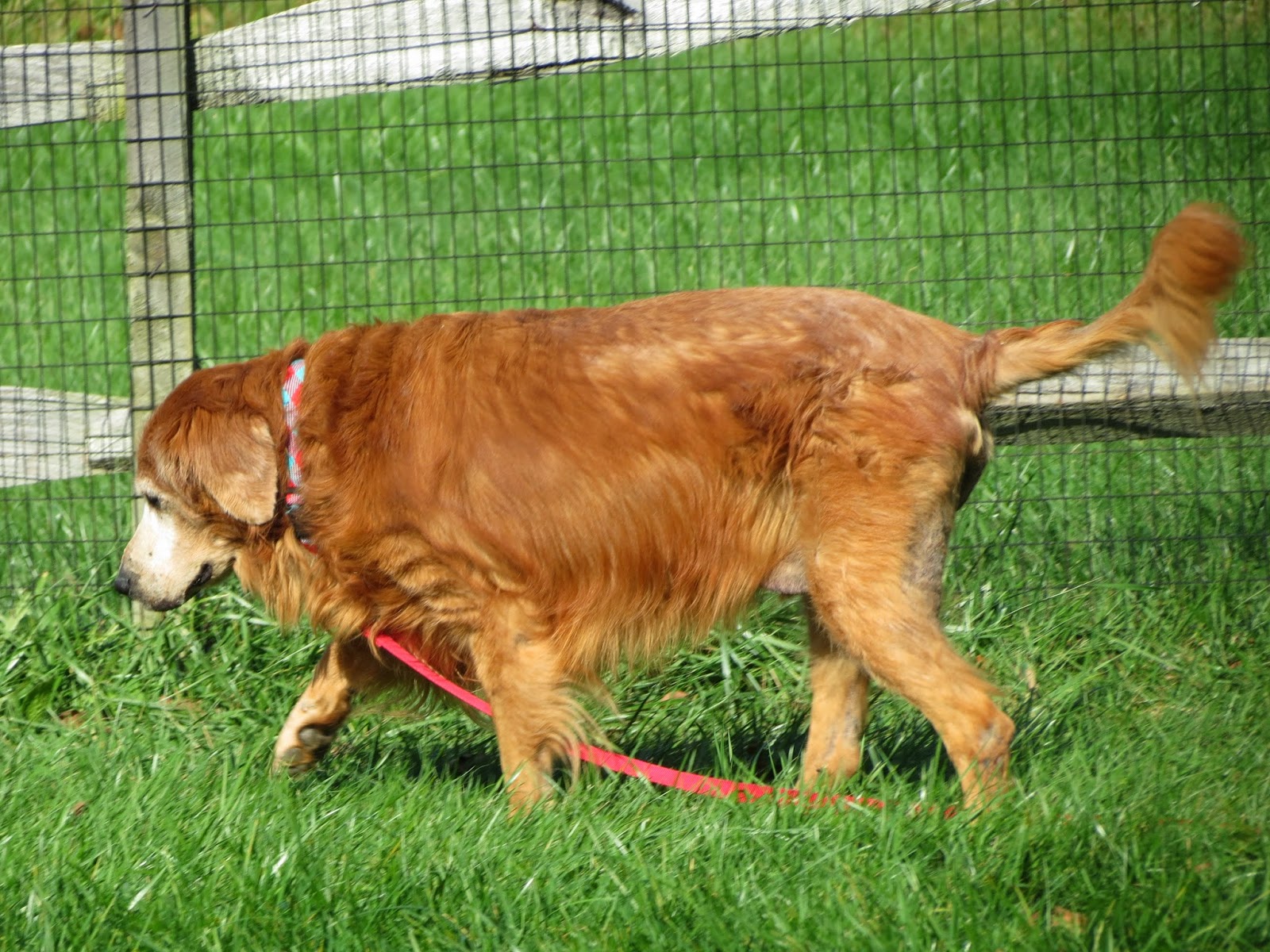 Buddy's introductions to his new pack went pretty well.  We took things very slowly because it can be overwhelming for a dog who may already be feeling stressed out.  But today, after a good nights sleep, he seems to be in better spirits and explored the yard and enjoyed some time outside getting better acquainted with everyone. 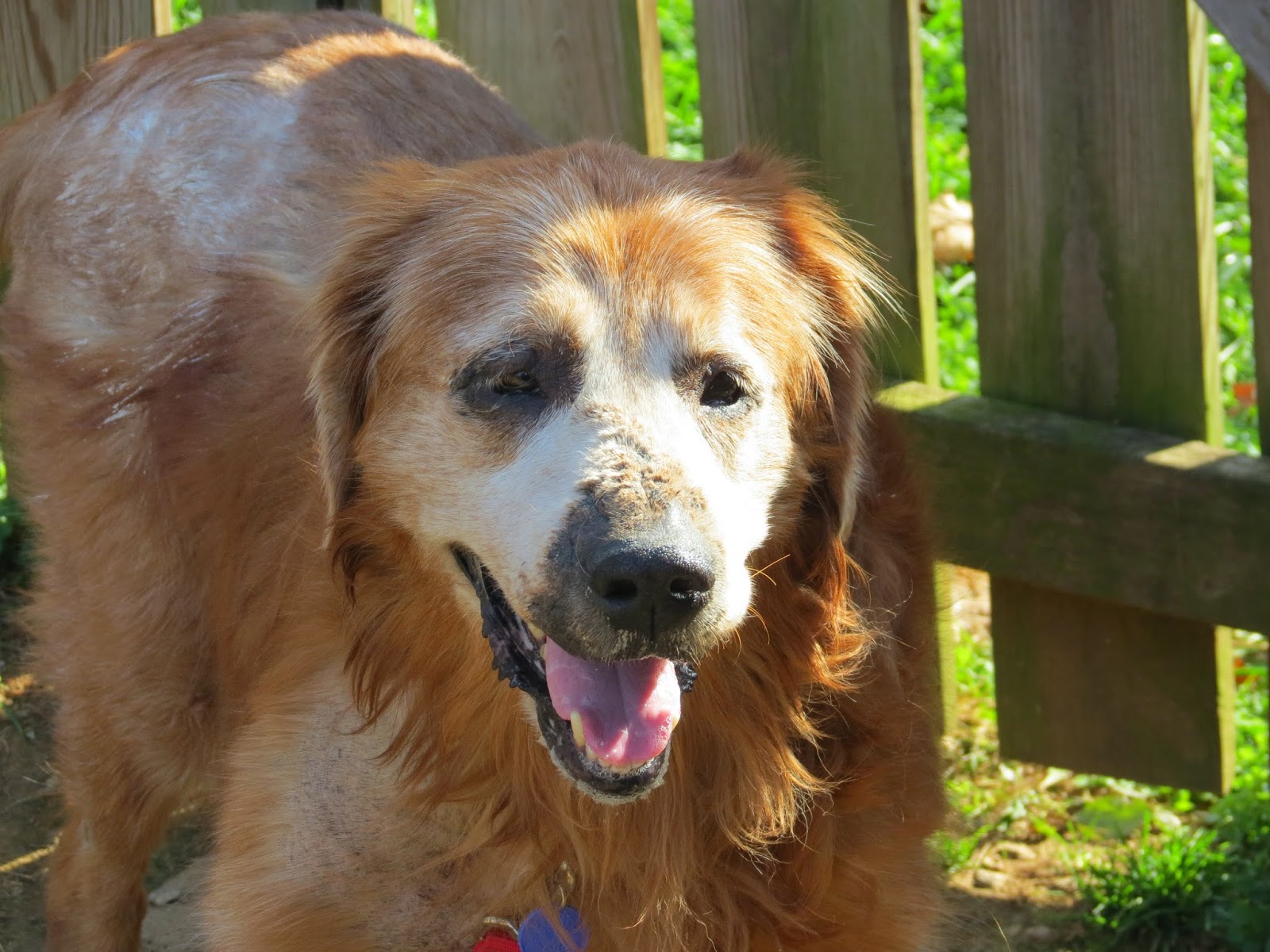 Which takes us to Cricket.  Many thanks for all your good wishes and vibes for her which have really helped. I would guess that she's already about 50% recovered. 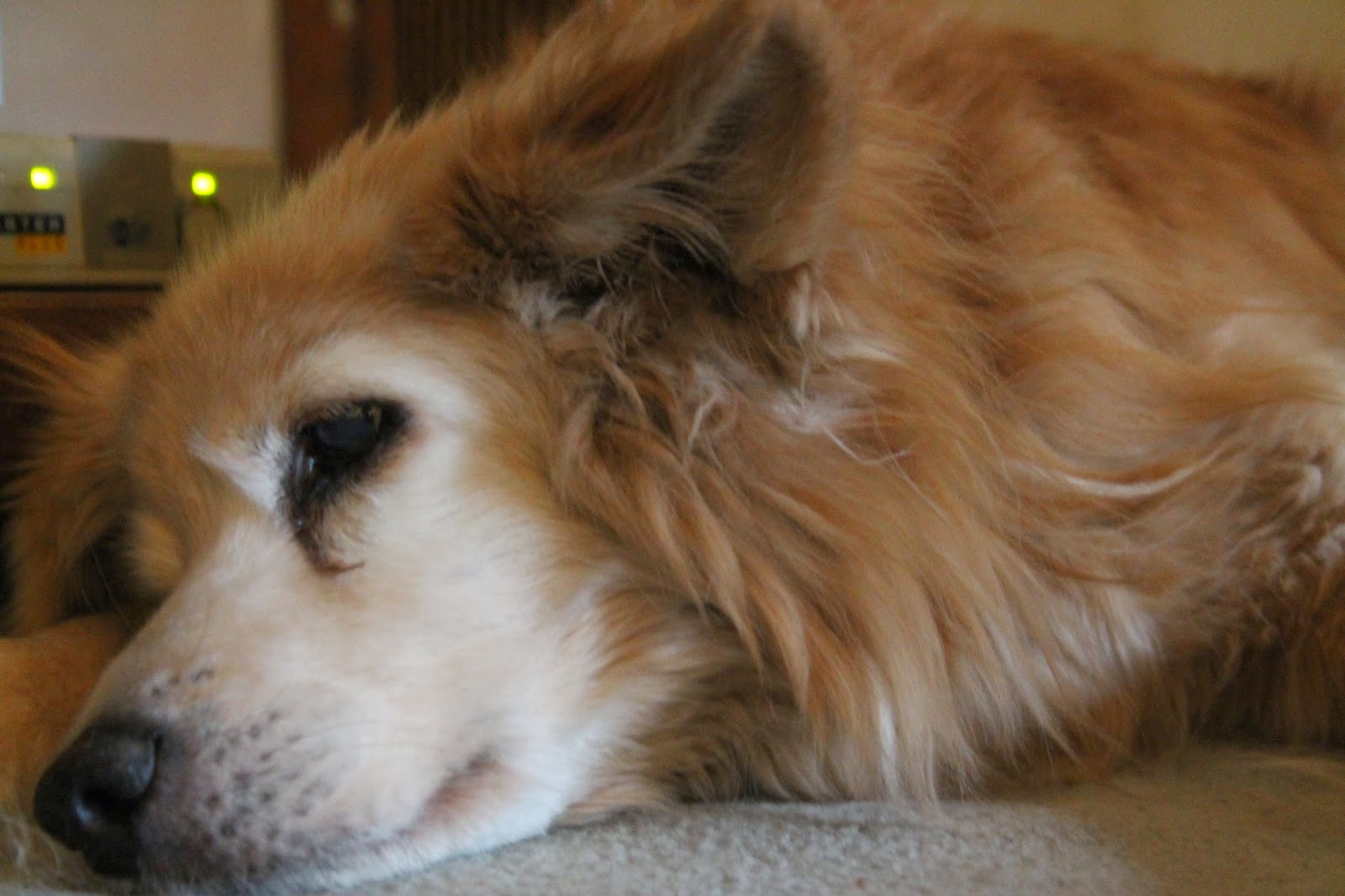 Just as I hoped, Cricket is back on her feet, but still has dizzying moments and will stumble and fall over. We are hand feeding her right now even though she doesn't have much of an appetite because of the nausea she's feeling from everything.  It's all very tiresome for her and she's sleeping a lot.  But she did choose to spend some time outside getting to know the "new boy" this afternoon which judging by the smile on her face, (below) I think was a good sign and she kind of enjoyed too, don't you think? 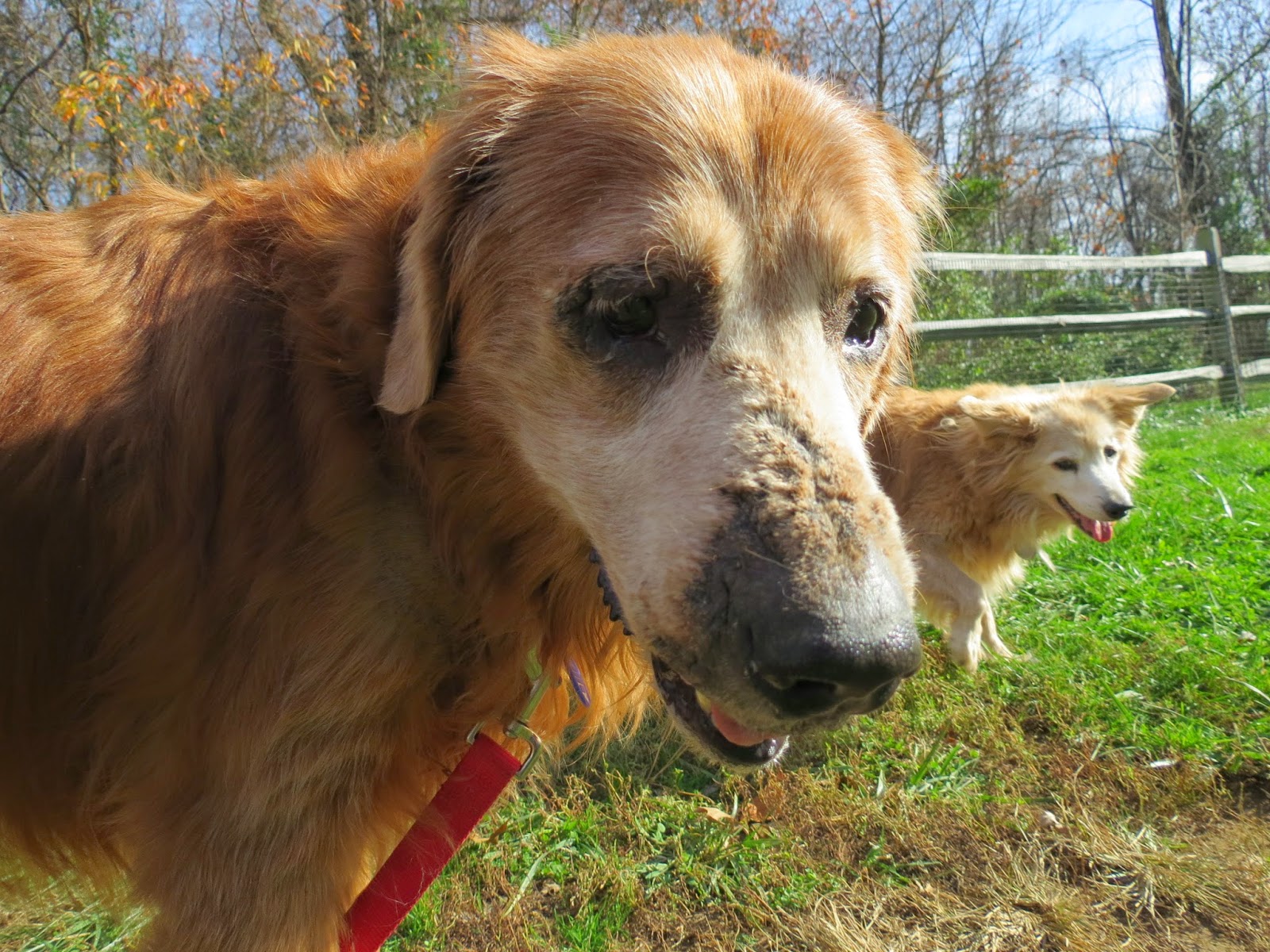 I hope you enjoyed your weekend too! 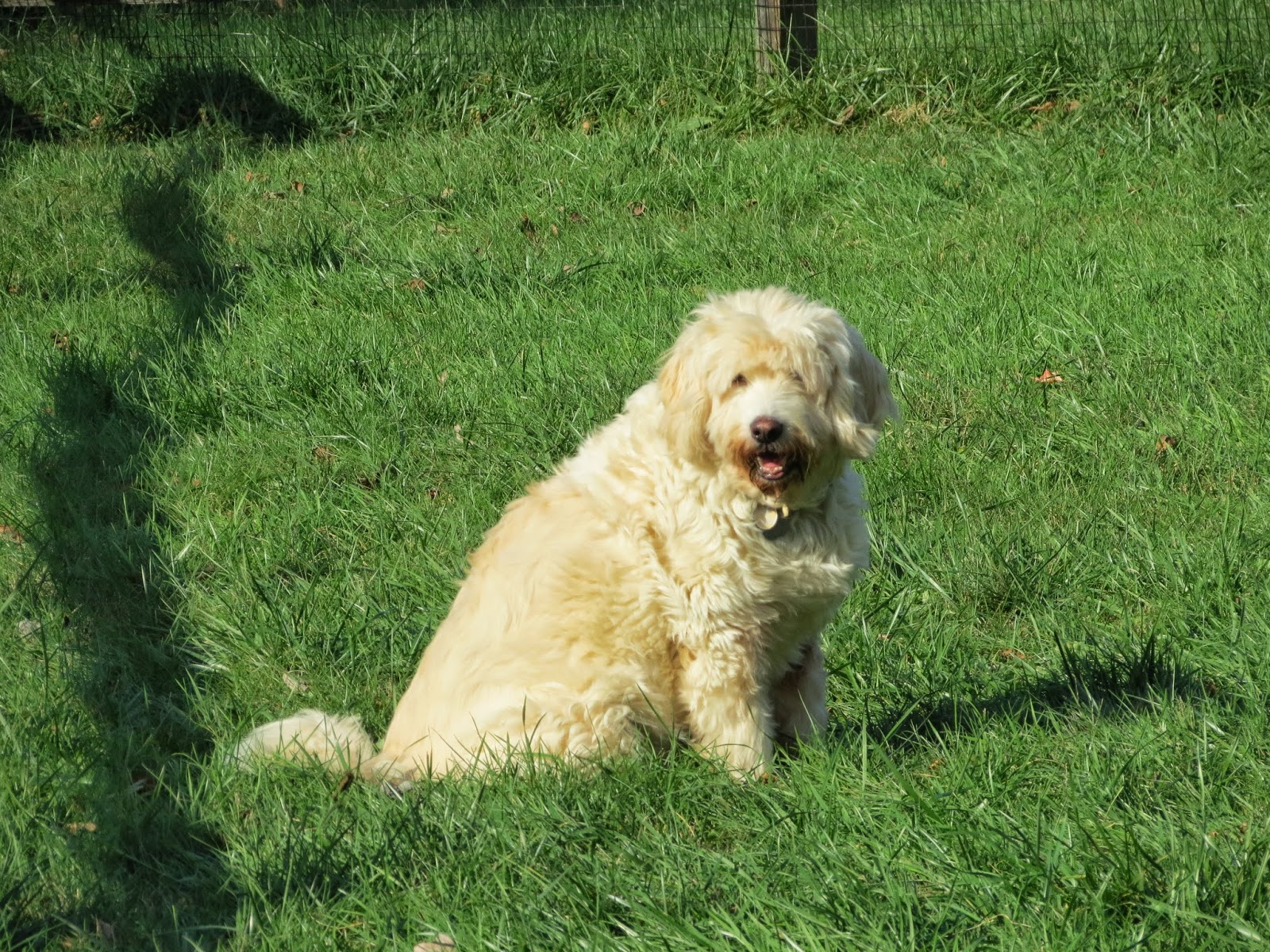