The week passed at breakneck speed with work and vet appointments that I'll update you about later.  Computer problems arrived on Wednesday evening (thank-you Carl!) and he seems to have gotten it all sorted out for me since he was the one that caused it. (Below, another appearance of our resident Barred Owl yesterday.  I was only able to snap 2 photos before my camera battery died.) 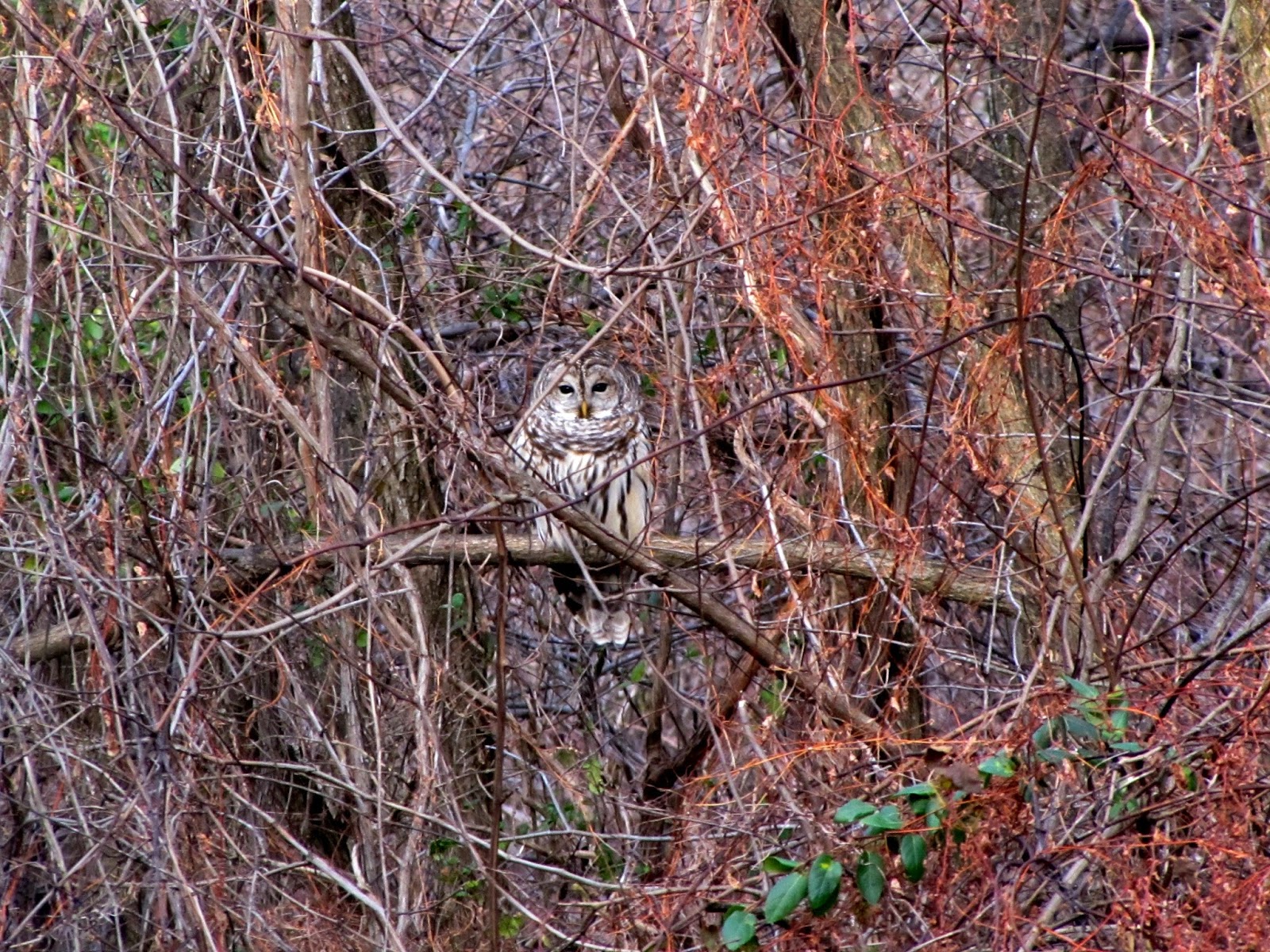 My day off on Thursday that was supposed to be a relatively uneventful one, turned out to anything but that. It ended with my making a cinnamon creme coffee cake for a co-workers birthday that I baked in a pan that was too small.  The result was a smoke filled house that the Golden's didn't seem too worried about, despite the smoke alarms going off more than once.  I think they were hoping for a bite of whatever it was that was burning at the bottom of the oven.  (recipe here) 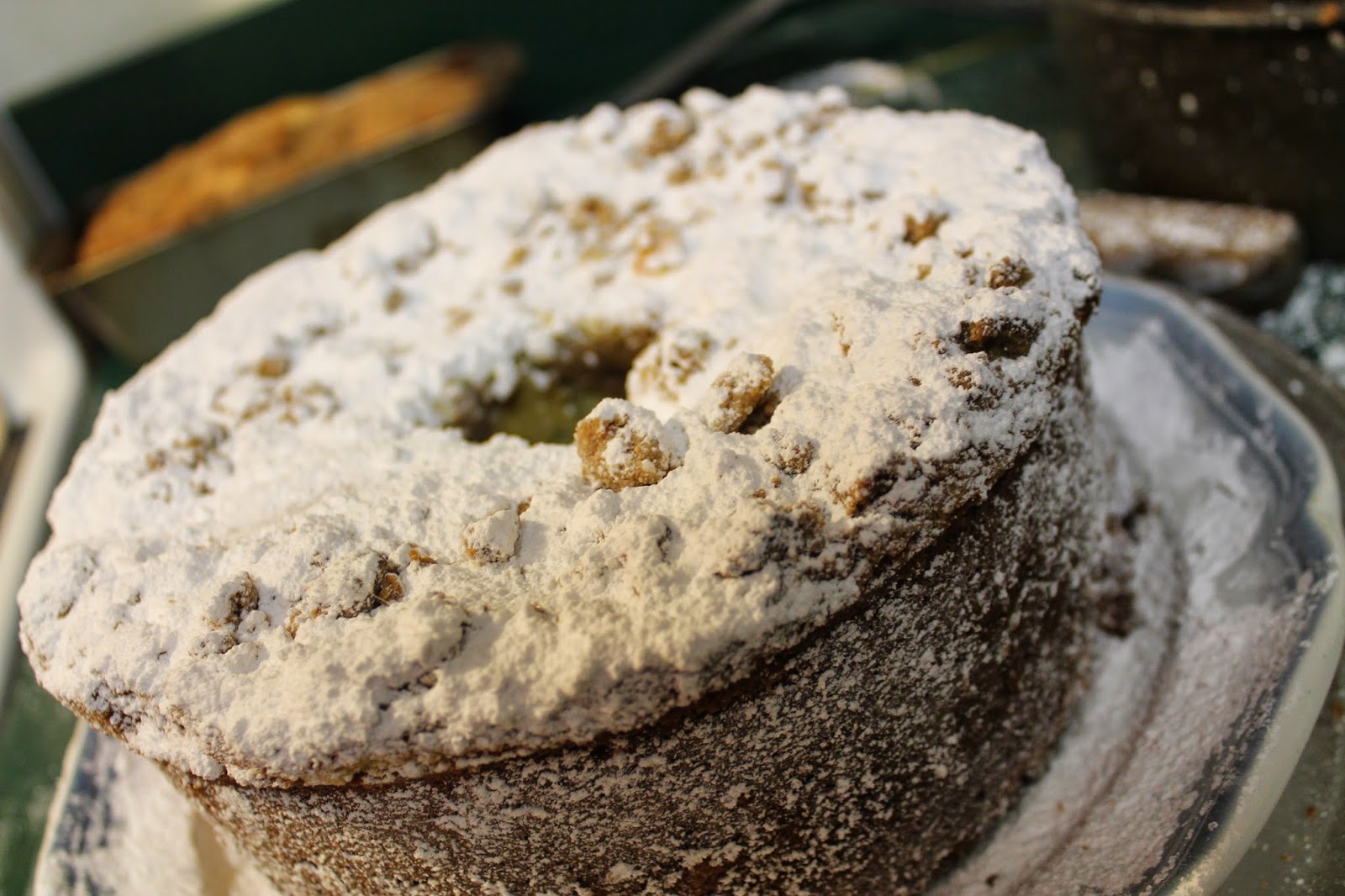 Todd however, refused to come back inside until the smoke cleared. I decided it was because he knew better than to come running back into what he thought was a burning house.  He's smart that way. 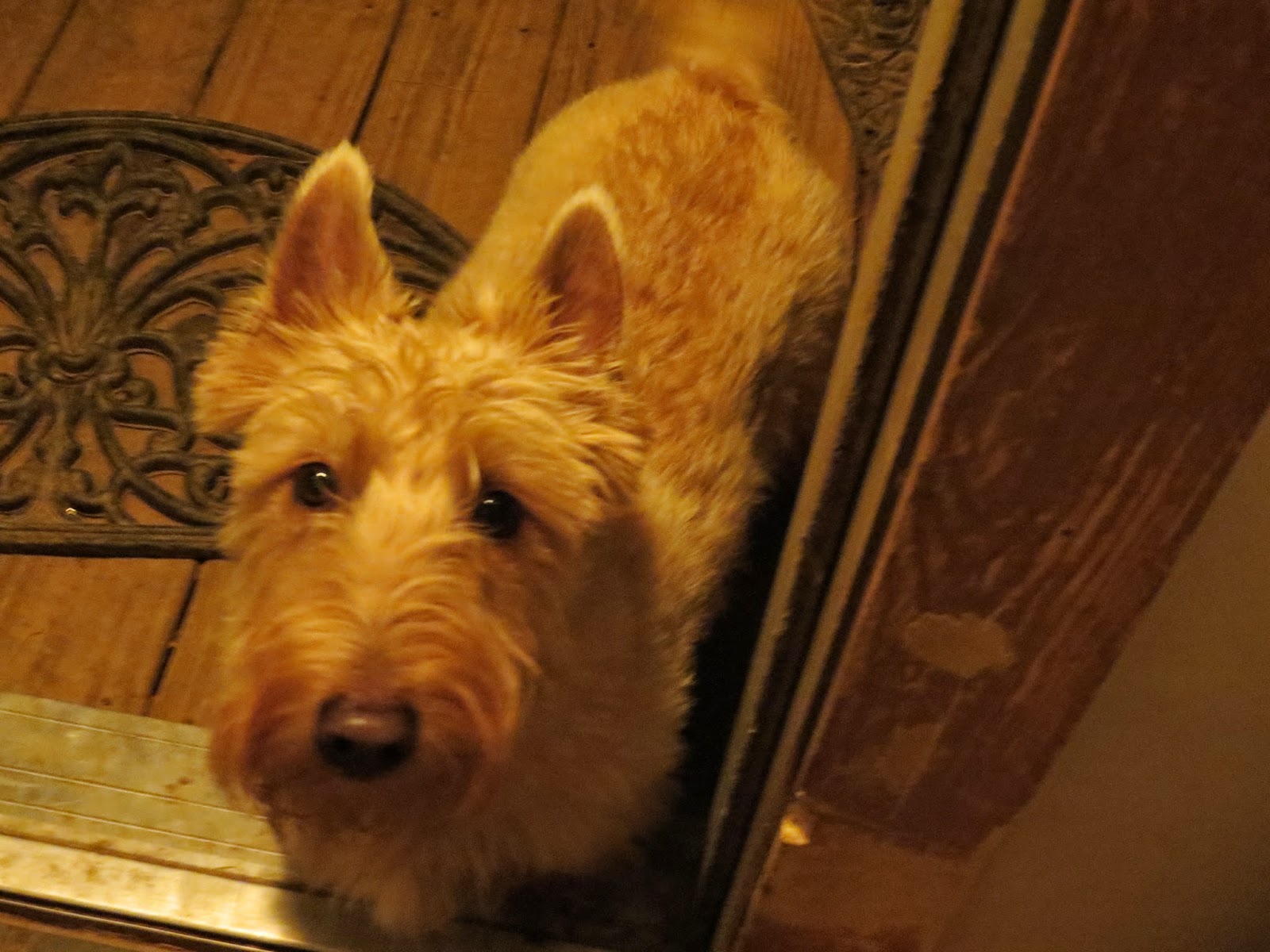 The week ended with another visit from the holistic vet to see Gus. As I mentioned last week, Gus really enjoys the extra attention and the treatments. 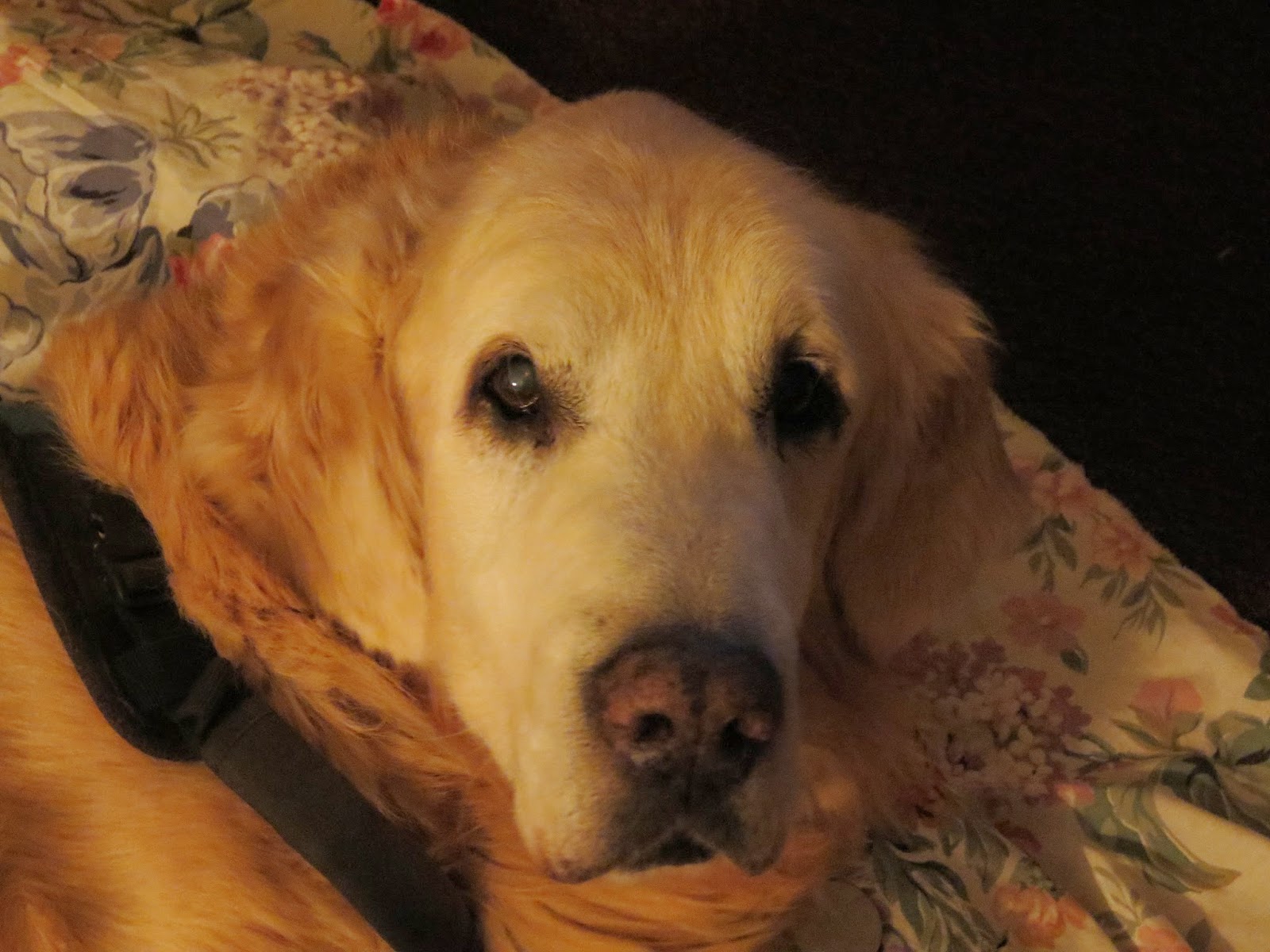 The other dogs however, as you can hear below in the video, vocally protest to what they see as an injustice of being put into the office while Dr.E is here. Cissy echoes in agreement to the unfairness of it all!