Bright sun, blue skies, and single-digit cold at the start of our week has given way to clouds and warmer temperatures today. 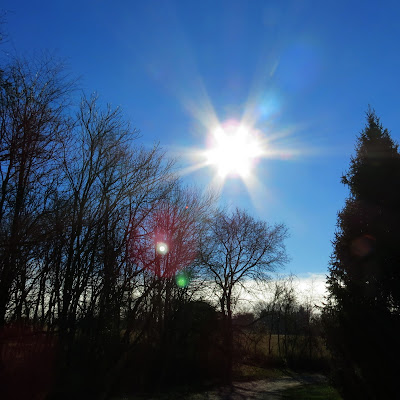 Rain is on the way for a busy weekend ahead.
Since Sherlock/Reggie (below) came to us in November, we've not been asked about keeping him, and I've not mentioned it either, because I've not yet decided.  Lab Rescue does have him available for adoption on their website and several other places, and so I knew it was only a matter of time before I got a call about him.  A call came on Monday.  The couple are "retired pastors" and liked Sherlock/Reggie because he reminded them so much of their previous Lab.  I'm not sure how you feel, but I never like it when a would-be-adopter is interested in a dog solely because they remind them of a former pet . So putting that aside, I decided to keep an open mind about them.  I did like them well enough, but their house has two stories, and because of Sherlock/Reggie's weakness in his rear-end,  he's unable to do a flight of steps.  So with that, I told them I felt they weren't a good match for Sherlock/Reggie, and I'm glad that Lab Rescue agreed.
On the feline side of our household, I decided to  make "Flurry" available for adoption. I think that if he stayed here, he and the lovely Ms. Yellow would eventually work out their differences. 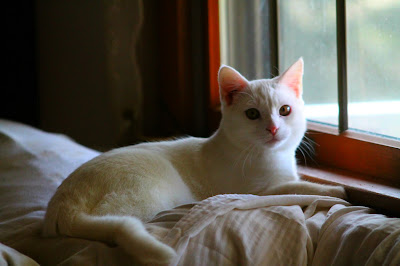 But with that aside, if I've learned anything in the past 6 months in fostering cats, is that there's no shortage of them.  I'd like to be able to help the rescue again if needed, and keeping Flurry may not make that possible.  He was put onto their website, and now the SPCA says they have three "good" applicants for him.  One is coming this weekend to meet him, so we may be saying good boy to this little boy. 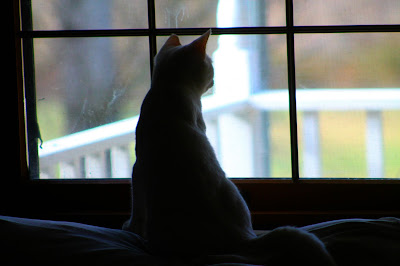 Back to the canine side, Todd doesn't care whatsoever about who may be leaving.  Today he was pretty concerned about what was arriving -- An unexpected package from our friend Sugar and her Mom that was full of treats -- What a nice surprise!  While the others stood nearby, because Todd "insisted," he got to inspect the package first. 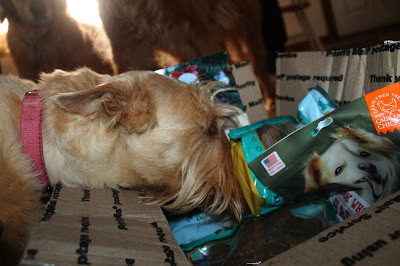 Dog treats are (of course) highly valued at our house, and are always enjoyed and devoured too!  (If you don't know Sugar, the Golden Retriever, stop by her blog, (click here) she and her Mom are truly the best!) 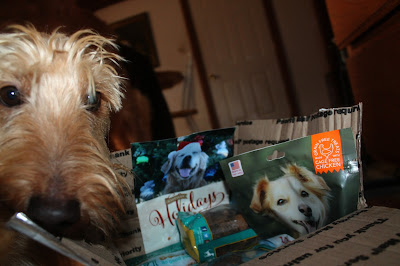 We hope you're having "the best" week too!