Oh my...it has been 2 weeks since my last blog post! To be honest, from the moment I wake up in the morning, I spend my days chasing the clock. From the time spent in traffic to get to work, stay on time with patients, and getting home again. Spare time at home really ebbs and flows depending on how the dogs are doing. But in the end, I guess the bottom line is, I am just a lousy blogger. 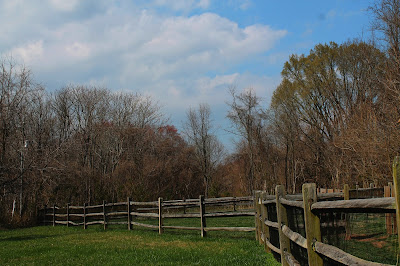 Lousy or not, I know you all understand and I have nothing to explain. But here we go on some of what's been going on at our house. It has really been a couple of weeks where time is taken up with something or some-doggie.

One evening I attended a candlelight ceremony for pet loss. For those who have never attended one, it is a non-denominational memorial service to remember our companions that have passed away. Holistic Vet has organized one at a local church for the last several years. She does so much for us, and I went because I want to support her and her community efforts. In both the words that were spoken, and being among about 100 people that I didn't know, I left the one hour service with a different and broader view of loss and that it encompasses both personally and as a whole. 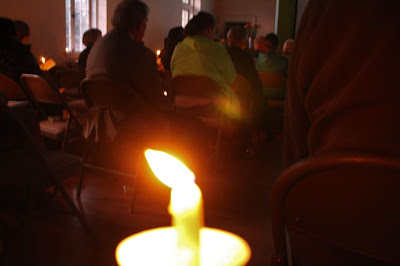 Helping out a friend filled another evening, and we landed on Friday. Alf had a 2nd dental surgery to remove an infected canine. I had noticed he was having problems eating and it seemed sensitive to the touch. The tooth had appeared healthy but we think there was an underlying infection that wasn't visible in the initial x-rays and exams. Having extracted the canine on the other side the first time, Alf is now canine-less on the top. By Sunday Alf was back to himself. 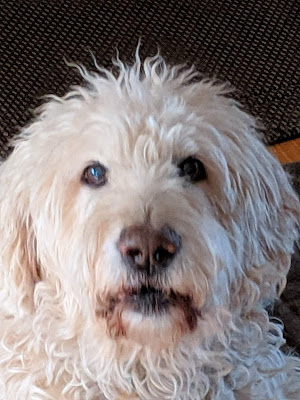 Last weekend had me playing catch up as I got ready for what I'd thought and hoped would be a quiet week ahead. Boy was I wrong about that!

Bailey began coughing a little on Sunday. We really tried to keep her up and moving, but by Monday night she was coughing and vomiting and pretty listless. It was a (mostly) sleepless night, and I was up every hour with her, making sure she remained as comfortable as possible. By Tuesday she took a small amount of food. I was encouraged. Of course we were both exhausted. She slept almost soundly through Tuesday night. I didn't get a lot of sleep because I wanted to make sure she was okay and comfortable. By Wednesday, the cough was all but gone, and her appetite had returned.  For that I was and am grateful.
On Thursday it was off to the groomers with Todd and Charlie for their spring haircuts.
I'll spare you the personal drama when I arrived to find out that the groomer I totally trusted, and have taken our dogs to for more than 10 years, and who owned the shop was gone. The business had been sold to a young-ish girl named KeriAnne, who by the way, I'm sure I have socks older than, and her husband.  Feeling blindsided and not trusting our dogs to just anyone, I fought off the urge to leave, and give them the chance. They did a good job and I added $10 to the tip because they had to put up with me in the beginning.
But for Charlie, I think his spending a day at the groomer may be over. At what has to be about 14 years old, a whole day away from home is just too much for him. He was really wiped out. (Vicki get your clippers ready!) 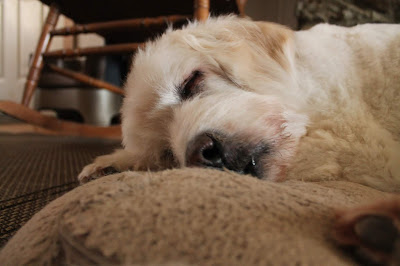 Back to Todd. Those who have owned Scotties know their nickname is “The Diehard.” It was given to them by the Earl of Dumbarton to his Scotties in the 19th Century. Todd was, of course, true to that. Once home, he was charged and ready to go. 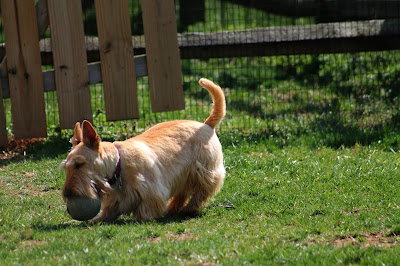 I'm hopeful we are also ready to go for next week too. 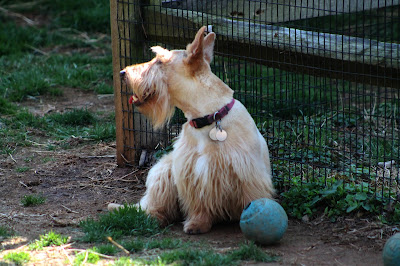 Rhett in the photo below that was taken last week, would just like me to stop taking pictures. He was ready for his breakfast! 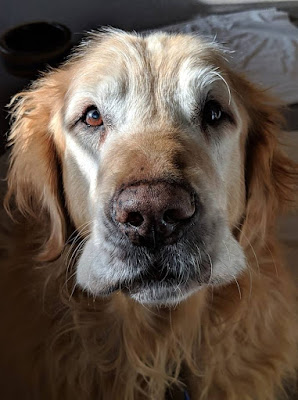